Welcome to Scotch and Folk!

Let whisky connoisseur Jock Shaw introduce Scotland's living water, Uisge Beatha, to you in his own humorous and musical way!

Of all the spirits in the world, whisky is one of the top sellers! Nine out of ten bottles are blended whiskies, the others are single malts. There are many stories about the origin of whisky. The old Egyptians already knew how to distil spirits around 3000 BC. Around 1500 AD Scottish monks distilled a spirit and made it into 'Aquavitae' or 'living water'. In the old-Scottish language Gaelic 'uisge beatha', shortened to uisgie, which became whisky! Payment of taxes on distilling whisky, prohibition in America (1920-1933) and the commercial ways of the 'Whisky Barons' led to the whisky culture we know today. Production and sales of whisky are on the rise everywhere in the world; countries like India, Greece, China and Japan are big players in this market! Buying a rare whisky is a good way of investing money nowadays!

A whisky may be called 'Scotch' when it is three years and one day old. Whisky is kept in an oak barrel for many years and during this time the taste of the whisky matures and develops. Unlike wine, after the whisky is bottled the taste stays roughly the same. The number of years of maturation are on the label of the bottle.

Jock Shaw organizes Single Malt Whisky nosing-and tasting sessions many times a year, in The Netherlands and in Scotland. In pubs, in shops that sell whisky, in people’s homes, at parties, Burns' Nights, as a birthday gift! 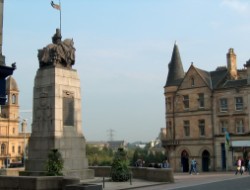 Jock was born in Paisley, a weaver’s town close to Glasgow that became known through the 'the Paisley Pattern', but has lived in The Netherlands for over thirtyfive years. Both his parents worked for the Scottish and Newcastle Brewing Company, who then owned many whisky distilleries in Scotland. His aunt worked for the Chivas Whisky Bond so whisky was talked about a lot (and tasted too!) during his childhood. As an adult he took courses, visited many distilleries in Scotland, went to nosing and tasting sessions and later won prizes at blind tasting competitions, twice winning first prize and becoming Dutch Champion in Amsterdam 1999. In 2001 Jock began his own nosing and tasting sessions for interested parties and this resulted in the company 'Scotch and Folk' in 2009. In April '14 he became 'Keeper of the Quaich' at Blair Atholl Castle in Scotland.

Each session is illustrated by (tall) stories, music, facts and of course some very nice whiskies! Participants receive a lot of information and can take notes. This helps you to remember which whisky you liked best the next day! You can take a starter session or a master class! You can let Jock know your individual preferences and even choose to learn some Scottish Dances at your whisky party! Another possibility is to travel to Scotland from The Netherlands or in Scotland. You then visit a number of distilleries and enjoy the beautiful Scottish scenery!

Whisky may not cure the common cold, but it fails more agreeably than most other things!